Independent traffic reports indicate that The New York Times has gained almost 3 million users since dropping its subscription model. This follows news that Friends Reunited is considering similar measures, in an effort to stave off competition from the infinitely superior Facebook.

It’s good to see that more and more sites are realising that users do not want to pay for content they can get elsewhere for free. Granted, the NYT’s editorial is undoubtedly of the highest quality, but with the abundance of free alternatives, it was inevitable this would happen sooner or later.

On the internet, there really is such a thing as a free lunch (albeit a free lunch funded by relentless, in-your-face online advertising). 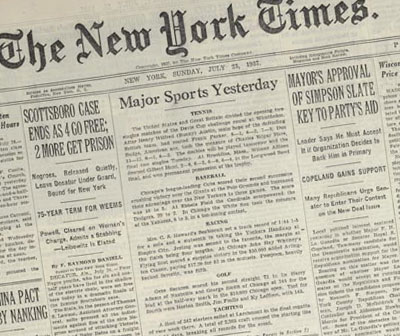