Google have released a new beta of Google Earth, featuring a host of great new features including:

The addition of textures to 3D buildings adds a great deal of realism to Google Earth:

A Google Earth Scene with no textures 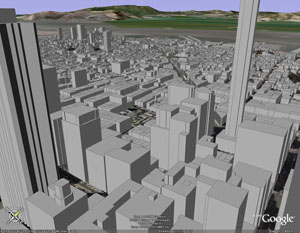 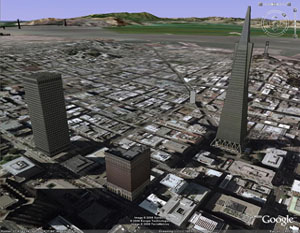 Google are encouraging users to create and submit textured buildings created in Google Sketchup, which is a clever way of promoting another application from their stable of downloadable applications.