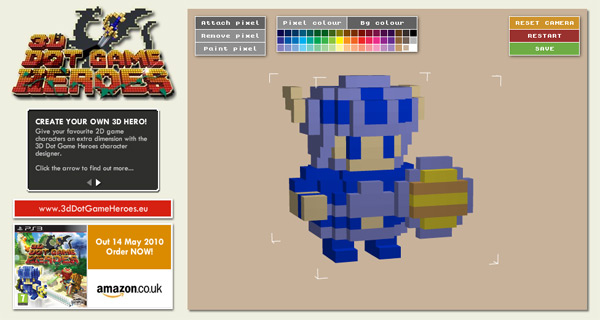 Developed for games publisher SouthPeak Interactive’s upcoming launch of 3D Dot Game Heroes™ on PlayStation®3, the tool has been spectacularly well received by video game fans and has led to over 2,000 designs being created and saved in the first 24 hours alone!

So why not plumb the depths of your imagination and create your very own original 3D gaming sprite. Or, if you’re old enough to look back in fondness at the old Atari and NES games of yesteryear, try recreating your favourite 8-bit game character in 3D instead. Go on, try it!